Escape targets women 25-54 with a brand of programming that’s daring, sexy and anchored in stories of crime, investigation and mystery. The network’s mix of theatrical motion pictures and off-net series will emphasize heroines and heroes that slip away from pursuit or peril, while providing viewers themselves the opportunity to escape from their daily lives. Escape will launch with more than 50% U.S. distribution on August 2014.

Escape mainly features a mix of theatrically released feature films focusing on the crime drama and mystery genres, as well as off-network reality-based crime re-enactment series. Katz Broadcasting president and CEO Jonathan Katz based the demographic-targeted concept of Escape and Grit after Bounce TV, a network Katz co-founded with Martin Luther King III and Andrew Young in 2011 that is targeted at African American audiences; Katz stated Escape and Grit are “the country’s first ever male-centric and female-centric broadcast networks,” featuring different programming from other classic television multicast networks that Katz referred to as “generic brands with generic names, created by studios to serve the studios 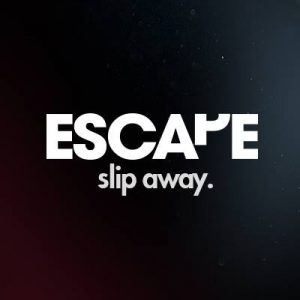